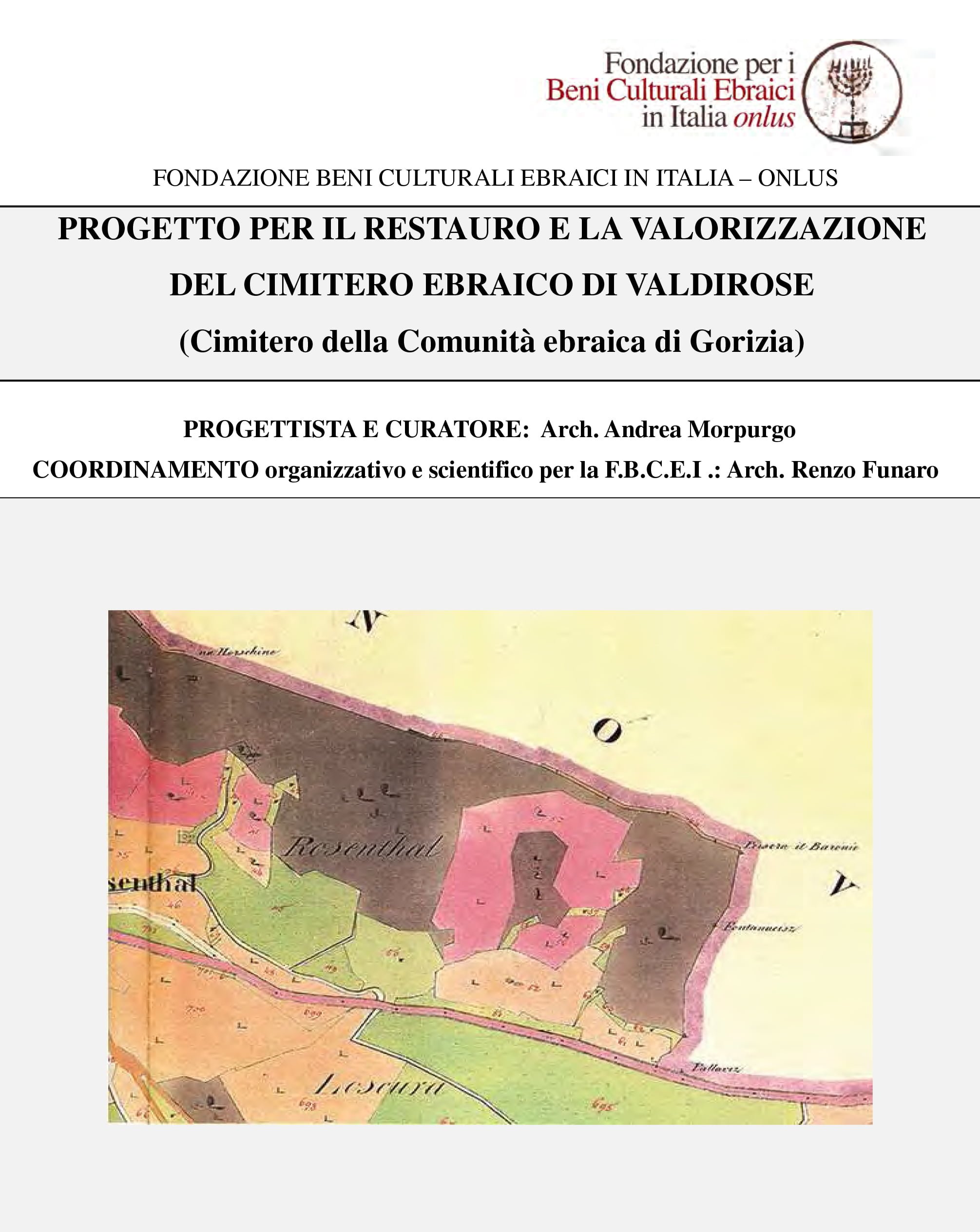 The twin cities of Gorizia, Italy and Nova Gorica, Slovenia have jointly be named the  European Capital of Culture (ECC) for 2025, based on the unique transnational nature of the two cities, which lie next to each other on either side of the Italy-Slovenia border. We have written several times about their shared Jewish heritage, which is an important part of this cross-border mix: the 18th century synagogue and former Jewish ghetto stand in Gorizia, but since the post-WW2 borders were drawn in 1947, the historic Jewish cemetery lies a few hundred meters away on the Slovenian side.

As we reported just over a year ago, the aim of the European Capital of Culture is to protect the diversity of European cultures, promote the cultural values of the European nations, and to “foster the contribution of culture to the development of cities.”

In the case of Nova Gorica and Gorizia, their shared Jewish heritage will play a fundamental role, and different stakeholders, both institutional and private, are preparing transnational itineraries and initiatives. Recently, for example, in order to develop “heritage tourism” in the city, the municipality of Gorizia placed information panels with QR codes in a number of historical locations around the city, including Jewish sites.

Here below, we share an article published in the Italian Jewish newspaper Pagine Ebraiche, which presents the hopes and expectations of Italian Jewish heritage leaders regarding the impact that the choice of the twin cities could have on the ongoing restoration of the cemetery.

The Slovenian city of Nova Gorica and Italy’s Gorizia, just across the border from each other, will be the 2025 European Capital of Culture and their shared Jewish heritage, which include the 18th century synagogue and former Jewish ghetto in Gorizia and the historic Jewish cemetery a few hundred meters away on the Slovenian side, will play an important role. One of the strengths of the cultural program submitted by the twin cities is a project, spearheaded by Italy’s Foundation for Italian Jewish Cultural Heritage and developed from an idea of Pagine Ebraiche, to fully document and restore the historical Jewish cemetery of Valdirose, where many notable Jewish figures are buried.

The restoration plan, with the architect Andrea Morpurgo as project leader and architect Renzo Funaro as coordinator, will start at the beginning of 2021 and is expected to last some years entailing several stages. “We are very excited about this project, which really shows the meaning of a united Europe”, said the president of the Foundation Dario Disegni. “Ours is definitely among the key projects. So, there is also some pride in being part of this historical result.”

As the final bid book submitted to an independent committee highlights, in the past the fame of the Gorizia Jewish community was such that the city was also known as the “Little Jerusalem on the Isonzo”. Jews were practically wiped-out during War World II but the evidence of their presence still marks the most important heritage sites of the cities.

The Valdirose cemetery, which lies just a few hundred meters over the border in the Nova Gorica suburb of Rozna Dolina or Valdirose, is shaped like a triangle. It occupies around 5,000 square meters, is enclosed by a thick masonry wall, and includes approximately 900 gravestones, some of which were brought to the cemetery from elsewhere. The oldest one dates from 1371.

Here are buried many notable Jewish figures, among which Rabbi Isacco Samuel Reggio, an Austro-Italian scholar and rabbi active in the first half of 19th century, the philosopher Carlo Michelstaedter, the linguist Graziadio Isaia Ascoli, and the journalist Carolina Luzzatto Coen. The cemetery also includes a ceremonial hall, originally built in 1928, which is destined to host an info point and exhibit on local Jewish history.

Long neglected, the site is set to become a fundamental hub for cultural tourism. “Projects for the European Capital of Culture often change the life of cities and are a real engine of urban regeneration”, says Dario Disegni. “I witnessed this in 2019 in Matera, which from a little-known reality sprang to a pole of international attraction. Since then, the perception of Matera in the world has radically changed. It was a big leap in quality. Gorizia and Nova Gorica will certainly benefit from this event”.

Dario Disegni’s commitment is also encountered on a personal level with the story of his grandfather, the great Turin rabbi Dario Disegni, who already in the immediate post-war period spent himself to save the site from abandonment and oblivion. This is evidenced by some recently rediscovered papers, where the activism of Rabbi Disegni himself and of another unforgettable leader of Italian Judaism such as Raffaele Cantoni emerges.

“We hope to start as soon as possible, probably between January and February, with the first permits”, explains architect Andrea Morpurgo. It is the beginning of a path that will last several years and will aim to deliver a fully restored cemetery to the two municipalities. “There will be a lot of work to do”, says Morpurgo. “The damage to the tombstones is in fact considerable, mainly caused by neglect and atmospheric agents. The old chapel for funeral rites will also be recovered, which could become a permanent information place on the project but also on the history of the Jews of Gorizia.”

The opening of the works will be a monitoring action, which preludes to operations on the individual tombstones. Then the actual restoration will star. An important support of a foundation has arrived from Liechtenstein. More resources are expected to arrive as a result of the recent award.

“There is great interest and excitement”, says Morpurgo. “On the other hand, the project has its own evident uniqueness: the only other example to my knowledge in which the architectural heritage of a Jewish community was divided between two countries after World War II is that of Frankfurt on the Oder. The site where the synagogue was, which was set on fire by the Nazis in ’38, is in Germany, while the cemetery, razed to the ground in 1970, is located on the Polish side of the Oder River, in the city of Slubice”.

“There is great, immense satisfaction in seeing the two cities join forces also in the name of Jewish history, culture and values”, says the director of Pagine Ebraiche Guido Vitale comments. It is an extraordinary project, necessary and destined to last over time. We are honored to be the first to cast the stone.”

Read our 2017 article about the Jewish cemetery and Gorizia sites

Read the history of the Jewish cemetery in Nova Gorica, by Michele Migliori