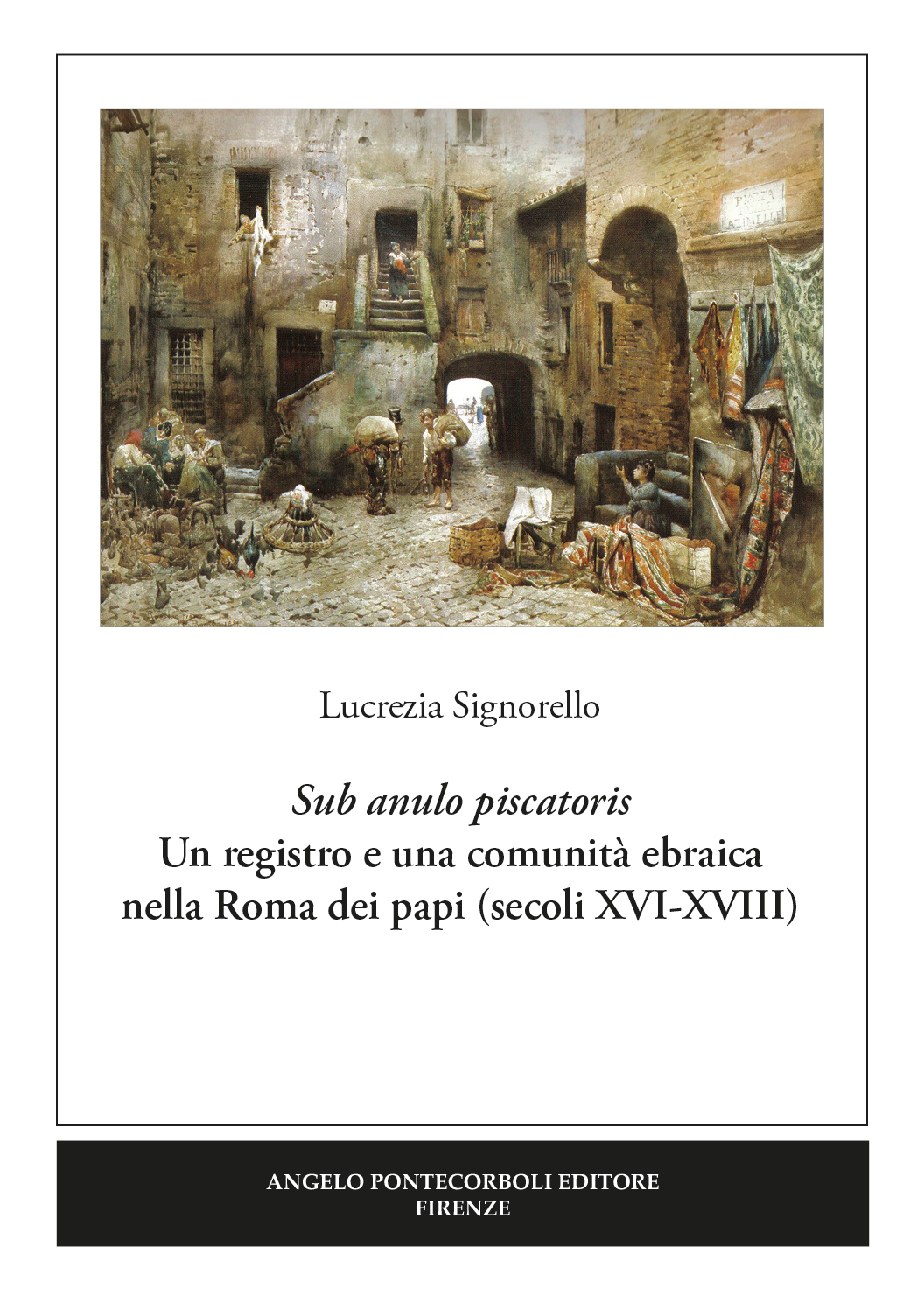 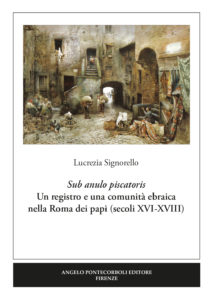 Archives are our historical memory, a physical remnant of the daily lives of those who produced the materials. ASCER (the Historical Archive of the Jewish Community of Rome) 1H7 Register conveys a lively image of the Jewish community life in 16-18th century Rome: norms, trials, memoirs, offering a realistic, albeit partial, cross-section of a city and  historical periods to its readers. At the time the Jewish minority was an key part of the city’s make up, able to claim its well defined otherness in modern times. The material was analyzed and partially transcribed in the book: it  testifies both to the need of the city government to govern the daily at times conflictual interactions between Christians and Jews in the streets and squares of the Papal State’s capital, as well as offering a glance into the customs, needs, defeats and victories of a group able to defend its role in society, even though it was often resisted and questioned.

The book illustrates the results of the in depth study of the Modern Age Register – identified as 1H7 – Register of ancient documents- , part of ASCER Rome’s Universitas Hebraeorum  Fond or Collection, written in Latin and Italian with the inclusions of terms and names in Hebrew. It stands out for its particular nature as a deliberate compilation, an organized collection of the most relevant documentation concerning the regulation of Rome’s Universitas Hebraeorum.

The register is a mixed collection of documents: it includes a broad – albeit selected – overview of the provisions regulating the life of the Roman Jewish community throughout the long centuries of life in the Ghetto, as well as analysing the documents. It highlights the complex crossroads of the networks and interactions between the Jewish and Christian worlds, despite the radical separation enshrined in norms and laws. The papers will carry the reader into the heart of events in which the daily lives of Christians and Jews inevitably crossed, in a host of ever changing redefined lively changing relationships.

Lucrezia Signorello was born in Palermo in 1990 but lives in Rome. She studied at the “La Sapienza”, University of Rome where she completed the post graduate School  of “Archival and Book Heritage (Beni archivistici e librari ) in 2019. She is a member of the Working Group for the Manus Online Authority File at the Central Institute for the Single Catalogue of Italian Libraries and for Bibliographic Information (Istituto Centrale per il Catalogo Unico– ICCU), and is involved in the cataloguing of ancient, manuscript and printed books, as well as  in archival research and inventory. Signorello has authored articles in scientific journals on the history of libraries and miniatures; she has also compiled two catalogues, one relating to the manuscripts of Cesena’s Biblioteca Piana, the other to the manuscripts of Santa Maria del Popolo currently at the Angelica in Rome, both published by the Istituto Poligrafico e Zecca dello Stato (State Mint and Official Publications) in the Ministry’s series Indexes and Catalogues (Indici e Cataloghi). In June 2017 she was awarded a research grant by the Foundation for Jewish Cultural Heritage in Italy (FBCEI), for the research that led to this book.

For the Publisher’s book description, click here
The book can be ordered from the FBCEI Secretariat fondazione@ucei.it