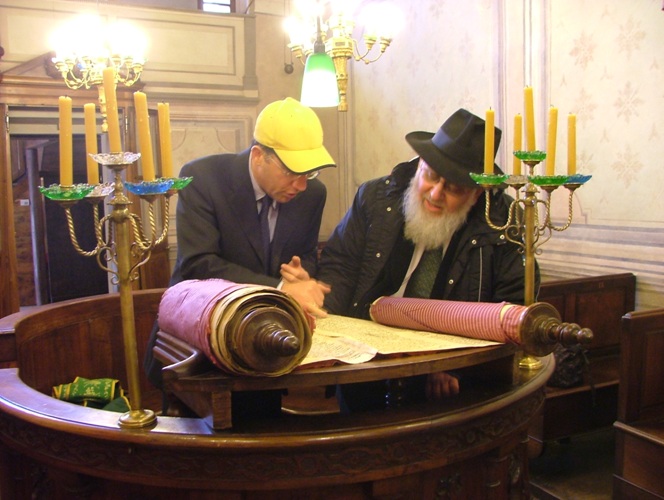 The Sefer Torah is a scroll composed of many skins sewn together supported at both ends by two wooden sticks. It contains the first five books of the Bible also called “Books of Moses”, with stories from Genesis to the death of Moses.

Jewish law states that it is handwritten, with specific inks specially. It is read during public prayers in the presence of at least 10 adult men, but to be used it should be complete, in perfect condition and must not be deleted or worn down into its parts.

In North Italy there are many Jewish Communities and in Biella – Piedmont there is one which, while enjoying a large number of Sefarim not even for one suitable for use in worship – all religious activities should be planned in collaboration with other Communities that could lend their Sefarim.

The Foundation for Jewish Cultural Heritage in Italy, in agreement with the local community, has subjected all Sefarim to a verification by the President of Rabbinical Assembly and one of the best Sofer (scribe / restorers Sefer Torah) for select the most suitable restoration.

The Sefer chosen is one of Ashkenazi handwriting written in the fourteenth century, and – if it was restored – it would be the oldest Sefer Torah in use in Italy.

The contribution necessary for the restoration is high as it includes the cleaning of accumulated dust from the parchment; the renovation of the scrolls torn; the seam of the scrolls unstitched; filling of the letters that have even small ink erasures slits; the control of all the patches (matlitim) carried out over the years and replacement of those that are not considered satisfactory, and finally the restoration of all the woodworm holes with paste of parchment and filling of the letters broken. 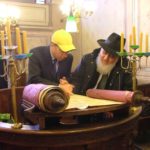 I rabbini durante il sopralluogo – The rabbis during the inspection 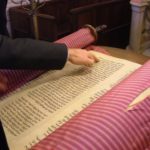 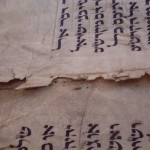 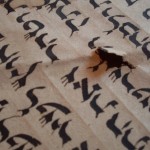 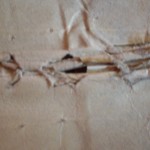 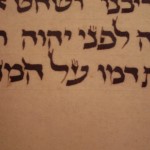 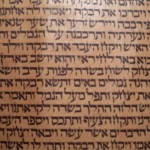