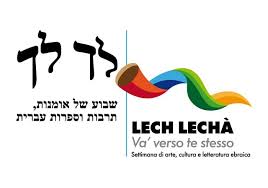 Concerts, films, lectures, courses of Hebrew language, Jewish book fairs, guided visits to archaeological sites, seminars on the interpretation of dreams and more. All this and much more is “Lech Lecha”, week of art, culture and Hebrew literature of Puglia. “And ‘This is the first large-scale event which starts from Trani reach all of Puglia and, we hope, can reach out and embrace the entire South”, said the Chief Rabbi of Naples, Rav Shalom Bahbout. From 2 to 8 September 2012 (from 15 to 21 Elul 5772 in the Jewish calendar), will be held in Trani and in many cities of Puglia, from Gargano to Salento (Sannicandro Garganico, Manfredonia, Andria, Barletta, Bari Brindisi, Oria, Nardo and Lecce), the week of art, culture and literature of Jewish Puglia “Lech Lecha – Go to yourself”, promoted and sponsored by the Mediterranean Region of Puglia and organized by the Jewish Community of Naples (under whose jurisdiction the Puglia, southern Italy) with the sponsorship of the Union of Italian Jewish Communities and municipalities and provinces host the events of the event. The Foundation for Jewish Cultural Heritage in Italy is among the sponsors of the event.