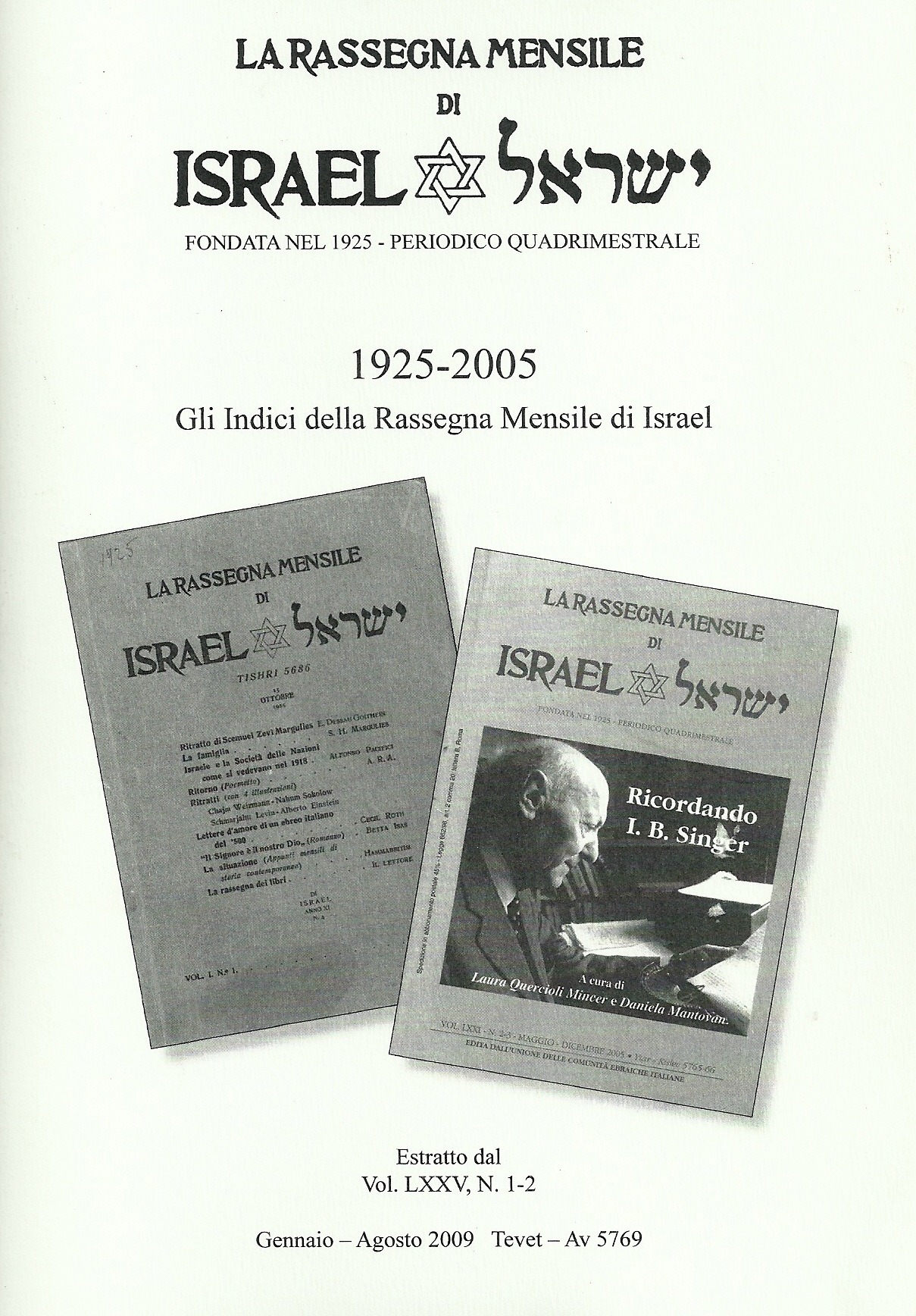 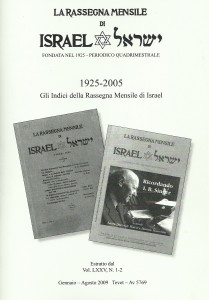 For several years the Department of “Rassegna Mensile di Israel” wished to have a complete index of all the collection from the very beginning and it is only since 2004, thanks to the interest and cooperation of the Foundation for Cultural Heritage Jewish in Italy, it was possible to follow up on this project, developed over the years but mostly stimulated by two historians who have followed the development, teachers Anna Foa and Mario Toscano.

The work, very complex because of the multiplicity of categories for analysis, was realized mainly thanks to the assiduous and precise work of Dr. Silvia Rebuzzi and Dr. Micaela Vitale.

TO CONSULT THE INDEXES

WHAT “Rassegna Mensile di Israel” is?

Founded by Alfonso Pacifici and Dante Lattes in 1925, is the most important venue for cultural debate of Italian Jewry. More than eighty volumes, the reviews, the published scientific literature, reviewed the thousands of books, make the magazine one of the most enduring and influential voices of European Jewry, only interrupted by the anti-Jewish laws of fascism and subsequent war.