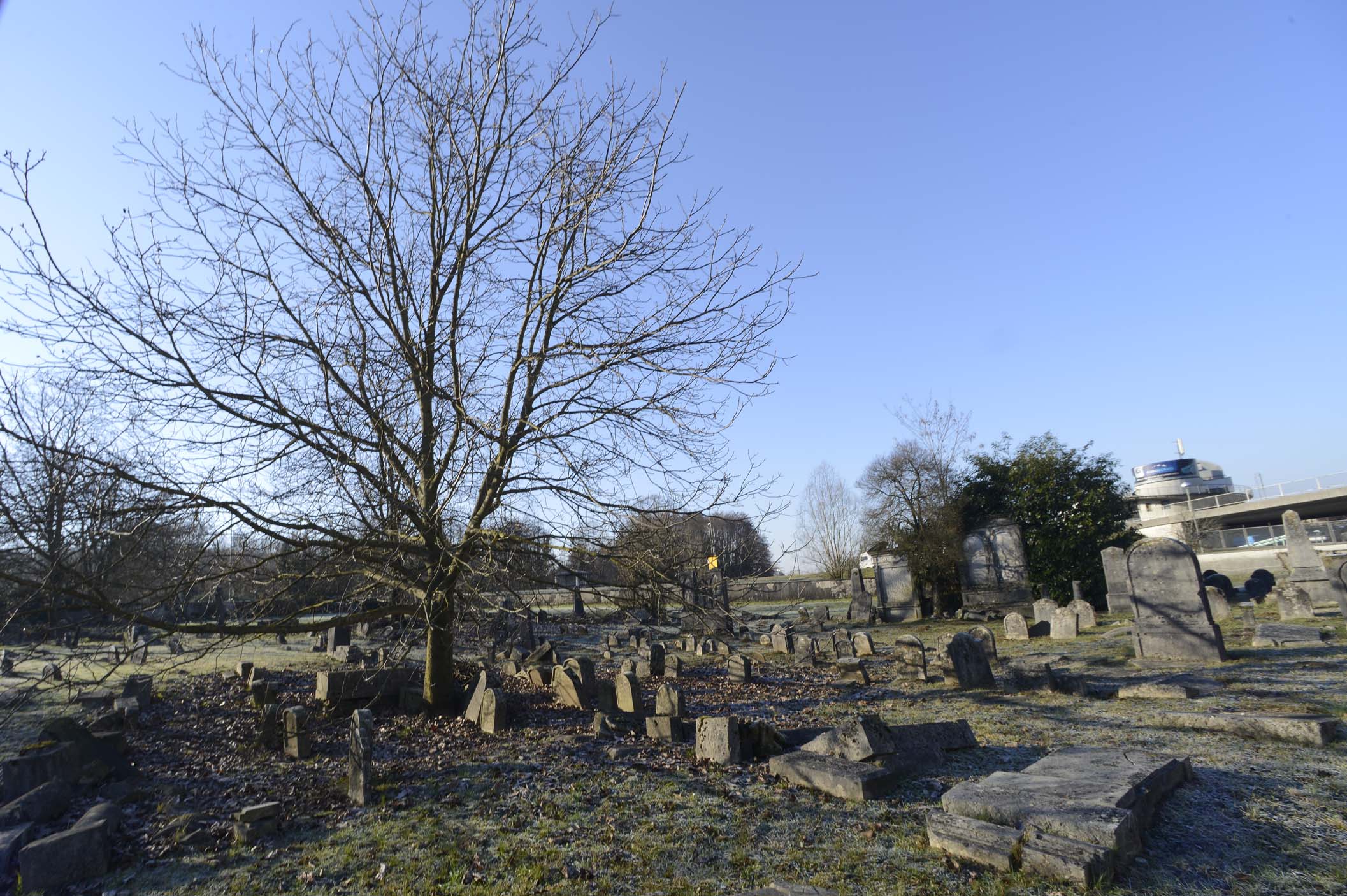 The restoration project of the cemetery of the Jewish community of Gorizia in Valdirose (Rozna Dolina, Slovenia).

Methodology and strategies to enhance historical and cultural heritage

First of all I wanted to thank you for inviting us to the conference, a really important moment of discussion about Jewish Heritage in Slovenia. My pleasure in being here with you is due to several reasons.

The first is to continue a collaboration with the Slovenian friends that began a few years ago through the exhibition “The Morpurgos, the descendants of the Maribor Jews” which I curated together with the Center of Jewish Cultural Heritage Synagogue Maribor. With great pleasure, the exhibition aroused great interest, so much so that after Maribor it was also presented in Grad Nevoda, Nova Gorica, Split, Gradisca d’Isonzo, and finally recently at the international festival of history “é/storia”, which took place has been performing for 25 years in Gorizia. 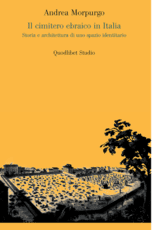 The second reason is that I am given the opportunity to talk about a theme,  Jewish cemeteries, which I have been dealing with as an architectural historian for many years and which also led me to publish the first book that dealt with the subject in overall terms concerning the Jewish cemetery heritage in Italy.

And finally the third reason is well represented by this photo: 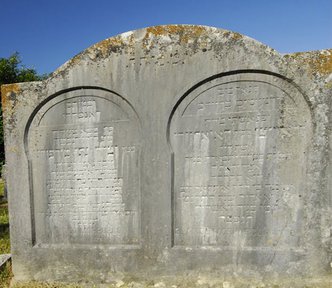 The tomb of my great-great-grandparents, found in the Valdirose cemetery. Inevitably, therefore, speaking of this place also has a sentimental and identity value for me.

I was invited to this conference to present a project that is promoted by The Foundation for Jewish Cultural Heritage in Italy, and it is therefore necessary to provide information concerning this institution:

The Foundation, established by the Union of Italian Jewish Communities in 1986, aims to promote the recovery, conservation, restoration and enhancement of the Italian Jewish historical and artistic heritage, and to spread its knowledge in Italy and abroad.

The aim is to guarantee the preservation of Jewish cultural assets in Italy, which represent the widespread and rooted memory in the country of a presence that has lasted for more than 2,200 years.

The Foundation proposes itself as point of reference and support for the Italian Jewish communities, and in particular for the smaller ones, to support them in their activity; the Foundation therefore tends to reinforce its voice in dialogue with local institutions also to favor their possibility of having access to public and private funding.

Finally, in promoting the development of cultural heritage, we intend to focus on their ability to generate economic value through tourism, as well as intellectual value through the dissemination of knowledge.

Among the various projects carried out in recent years, the most important was the restoration of the Sefer Torah of the Biella synagogue. After having carried out a study with Carbon 14, it was dated to around 1250, making it the oldest in the world that is still suitable for reading and owned by a Jewish community.

In 2016, the Foundation began to take an interest in issues related to the restoration, conservation and enhancement of the Jewish cemetery of Valdirose, immediately identified as a “special” place to work on.

A second meeting between mayor Arcon and the new mayor Rodolfo Ziberna, was then organized in 2017, in order to present the first draft of the restoration project for the cemetery. 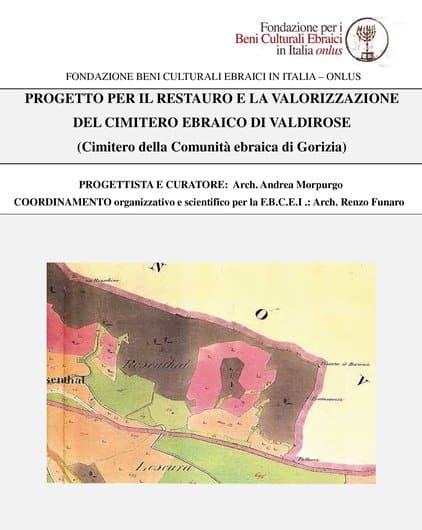 The work carried out in the following months, for which I am currently Project Manager, focused on explaining, to the economic, cultural and tourist cooperation bodies, as well as to the local administrations, the importance of this cross-border restoration project and for the enhancement of this Jewish, Italian, Slovenian and European architectural and cultural heritage.

The Jewish community of Gorizia and the cemetery of Valdirose

The presence of Jews in Gorizia has been attested since the sixteenth century, with the families of the Morpurgo and Pincherle engaged in lending activities.

In 1698 a ghetto was established. However, the forced residence did not jeopardize the demographic development of the community: from 256 people in 1764 it passed to 314 in 1850, out of a total population of Gorizia of about 7000.

The Jewish component, predominantly Ashkenazi, has left numerous signs of its presence and given to the city illustrious personalities, such as the rabbi Isaac Samuele Reggio, the philosopher Carlo Michelstaedter, the linguist Graziadio Isaia Ascoli and the journalist Carolina Sabbadini Coen Luzzatto.

The vital Jewish community of Gorizia was virtually eliminated by deportation and extermination in the camps between 1943 and 1944.

Despite the almost complete disappearance of a Jewish presence in the city, what remains of the old ghetto district was the object of important restoration work in the post-war period, including the recovery of the local synagogue.

The very ancient Valdirose cemetery, which is now in Slovenian territory, in Nova Gorica, remains important testimony to the Jewish presence in Gorizia.

At the end of the seventeenth century it was decided to move the burial site from the ghetto area, established in 1648, to near the Corno torrent, in the north-eastern access road of the city. The current perimeter of the cemetery dates back to 1881.

Today the cemetery, despite the restoration of the boundary wall, the former mortuary chamber and some tombs of illustrious community figures, is in a state of serious degradation.

An 1876 documentation counted 692 gravestones, the oldest of which dates back to 1371. But today many of them are difficult to read, broken, or fallen and buried under the surface layer of the area. 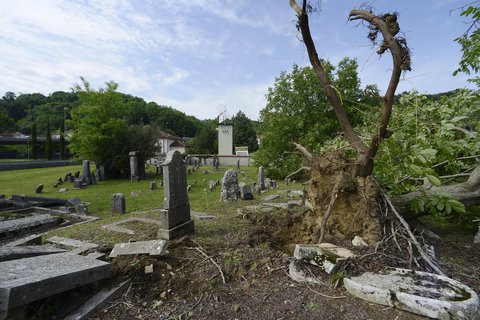 Urgent restoration and recovery interventions are the last chance to save this precious heritage, which allows us to read and trace historical, cultural, religious and human paths of great interest, and which is moving towards a rapid destruction due to several different reasons, including:

I will now briefly try to summarize the most relevant features of the project, which has a total cost of around €450,000.

In order to carry out a restoration project of this size and complexity, the Foundation has begun the search for possible financiers.

Three types of subjects potentially interested in the project were identified, to which one or more of the following contributions were asked:

2- Information to have new contacts to involve.

A significant strategic choice was also to explain the overall project, but make it clear that the first objective was to start with a phase of 50,000 euros.

It also important to highlight that the Foundation is an entity that operates in the non-profit cultural heritage sector, and therefore can receive donations by giving donors special tax breaks, available for both private individuals and companies.

The restoration project foresees an archival research aiming at the collection of indirect sources that are relevant to the history of the cemetery, from its establishment to the present day.

The collection of data on burials is also of particular importance, in order to identify the number of tombstones, many of which today can be buried under the surface, and to date them.

The documents relating to the constructive development of the cemetery, the registers of burials and any available graphic documents will also be sought, consulting both the state and municipal archives and the archive of the Jewish community.

Once the archival material has been identified, it is planned to carry out its computerized reproduction and its inventory.

All this work will be carried out in collaboration with the University of Udine, with which we have recently formalized a convention.

For the determination of the preliminary amount for the realization of the project and the restoration of the cemetery and tombstones, the experience of the experimental site implemented in recent years in the Jewish monumental cemetery of Florence in Viale Ariosto was used as a benchmark parameter.

This experience, in fact, turned out to be more advantageous and manageable compared to different traditional contracts.

We then proceeded to set up the whole activity in this way:

carried out by hand or with small equipment, for the search and the finding of tombstones remained buried and covered by soil and vegetation.

Finally, all that remains now is to continue to work for the realization of this ambitious project of restoration and enhancement of the Valdirose Jewish cemetery in a way that on the one hand will enable the rediscovery of this very special and “unique” historical and architectural heritage on an international level, and on the other will enable the “two Gorizias”, in the past separated by political and ethnic divisions, to reclaim Memory together in the name of the common Jewish Heritage.